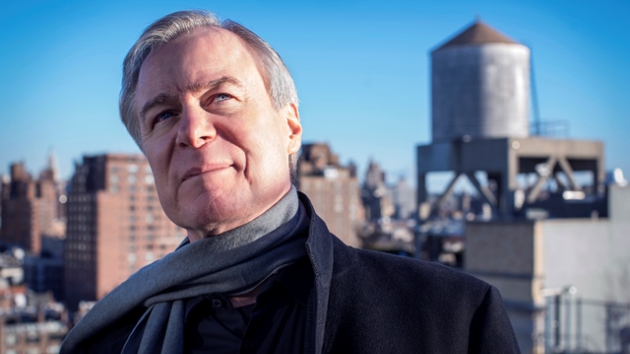 Celebrated worldwide as a champion of contemporary composers, an ingenious programmer and a master communicator, he is acclaimed for his intensity and commitment.

A consummate musician, masterful programmer and dynamic presence, American maestro David Robertson has established himself as one of today's most sought-after conductors. A passionate and compelling communicator with an extensive orchestral and operatic repertoire, he has forged close relationships with major orchestras around the world through his exhilarating music-making and stimulating ideas. David Robertson is currently in his fourth season as Chief Conductor and Artistic Director of the Sydney Symphony Orchestra and his twelfth season as Music Director of the St. Louis Symphony Orchestra.

Recent highlights with the St. Louis Symphony include a California tour, featuring Mahler's Symphony No. 5 and Messiaen's Des canyons aux étoiles... (From the Canyons to the Stars...), with accompanying video imagery by photographer Deborah O'Grady in an international co-commission with the Sydney Symphony Orchestra et al. Also on the California tour, soloist Timothy McAllister performed John Adams' Saxophone Concerto. The concerto was part of the latest Symphony recording, City Noir, on Nonesuch, which received the 2014 Grammy Award for Best Orchestral Performance. Other highlights for Robertson and the St. Louis Symphony were the U.S. premiere of Tan Dun's Contrabass Concerto: The Wolf, featuring Principal Double Bass Erik Harris, and John Adams' most recent symphony for violin, Scheherazade.2, performed by Leila Josefowicz. The Scheherazade.2 performances were recorded live by Nonesuch in 2016.

To celebrate his decade-long tenure with the St. Louis Symphony in 2014-15, David Robertson showcased 50 of the orchestra's musicians in solo or solo ensemble performances throughout the season. Other highlights included a concert performance of Verdi's Aida featuring video enhancements by S. Katy Tucker (one of a series of such collaborations during the season), and a return to Carnegie Hall with a program featuring the music of Meredith Monk, the season's holder of Carnegie's Richard and Barbara Debs Composer's Chair. In 2013-14, David Robertson led the St. Louis Symphony in a Carnegie Hall performance of Britten's Peter Grimes on the Britten centennial that Anthony Tommasini, in The New York Times, selected as one of the most memorable concerts of the year.

Highlights of the 2016 season with the Sydney Symphony Orchestra also included the presentation of From the Canyons to the Stars with photography by Deborah O'Grady and John Adams' Scheherazade.2, performed by Leila Josefowicz. In August, Robertson conducted the three great ballet scores that Stravinsky composed for Diaghilev's Ballets Russes - The Rite of Spring, The Firebird and Petrushka. Then, he will round out the year with Gershwin's Porgy and Bess as part of his acclaimed Opera in Concert series. Robertson has led the resurgence of operas in concert at the Sydney Symphony Orchestra, bringing to Sydney audiences dramatic repertoire with full orchestra through presentations of Wagner's Tristan und Isolde and The Flying Dutchmann, and Richard Strauss' Elektra.

Robertson is a frequent guest conductor with major orchestras and opera houses around the world. He also led the summer 2014 U.S. tour of the National Youth Orchestra of the United States of America, a project of Carnegie Hall's Weill Music Institute, in cities including Boston and Chicago, culminating in a concert at Walt Disney Concert Hall in Los Angeles.

With over 60 operas in his repertoire, Robertson has appeared at many of the world's most prestigious opera houses including The Metropolitan Opera, La Scala, Opéra de Lyon, Bayerische Staatsoper, Théâtre du Châtelet, Hamburg State Opera, Santa Fe Opera, and San Francisco Opera. In 2014 Robertson led The Metropolitan Opera in a historic production of John Adams' The Death of Klinghoffer. Alex Ross wrote of the intense performances, which included protesters in the auditorium, in The New Yorker, "...the Met was lucky to have David Robertson, a fearless and impassioned conductor...."

A champion of young musicians, David Robertson has devoted time to working with students and young artists throughout his career. In 2013 he joined John Adams in leading a Carnegie Hall Training Workshop titled "The 21st-Century American Contemporary Ensemble," and also led the young Ensemble ACJW in concert at Carnegie. In addition to creating and leading many outreach programs with the Ensemble Intercontemporain and the Orchestre National de Lyon, Robertson also has worked with students at Carnegie Hall's Academy, the Paris Conservatory, The Juilliard School, Tanglewood, National Orchestral Institute in Maryland, and Aspen Music Festival and School.

David Robertson has made numerous recordings for Sony Classical, Naive, EMI/Virgin Classics, Deutsche Grammophon, Atlantic/Erato, Nuema, Adès, Valois and Naxos, in addition to his recent recordings with the St. Louis Symphony for Nonesuch, one of which, the Doctor Atomic Symphony, was named "Classical CD of the Decade" by the London Times. His download-only "Live from Powell Hall" releases recorded with the St. Louis Symphony include works by Adams, Scriabin, and Szymanowski. David Robertson has also made two recordings with the Sydney Symphony Orchestra on its Sydney Symphony Live label; Stravinsky's The Firebird and Holst's The Planets in high fidelity Pure Audio Blu-ray format. Other recordings feature works by such composers as Bartók, Boulez, Carter, Dusapin, Dvorák, Ginastera, Lalo, Milhaud, Reich, Saint-Saëns, and Silvestrov.

Born in Santa Monica, California, Robertson was educated at London's Royal Academy of Music, where he studied horn and composition before turning to orchestral conducting. David Robertson received Columbia University's 2006 Ditson Conductor's Award, and he and the St. Louis Symphony are recipients of several major awards from ASCAP and the League of American Orchestras, including the 2008-09 Award for Programming of Contemporary Music, and the 2005-06 Morton Gould Award for Innovative Programming. Musical America named Robertson Conductor of the Year for 2000. In 1997, he received the Seaver/National Endowment for the Arts Conductors Award, the premiere prize of its kind, given to exceptionally gifted American conductors. He holds honorary doctorates from the Washington University in St. Louis (2014), University of Missouri-St. Louis (2011), Westminster Choir College (2010), Webster University (2009) and Maryville University (2007). In 2010 he was elected a Fellow of the American Academy of Arts and Sciences, one of the most prestigious honorary societies in the United States, and that same year received the Excellence in the Arts award from the St. Louis Arts and Education Council. In 2011, David Robertson was made a Chevalier de l'Ordre des Arts et des Lettres. He and his wife, pianist Orli Shaham, are parents of twin boys. Robertson also has two older sons. 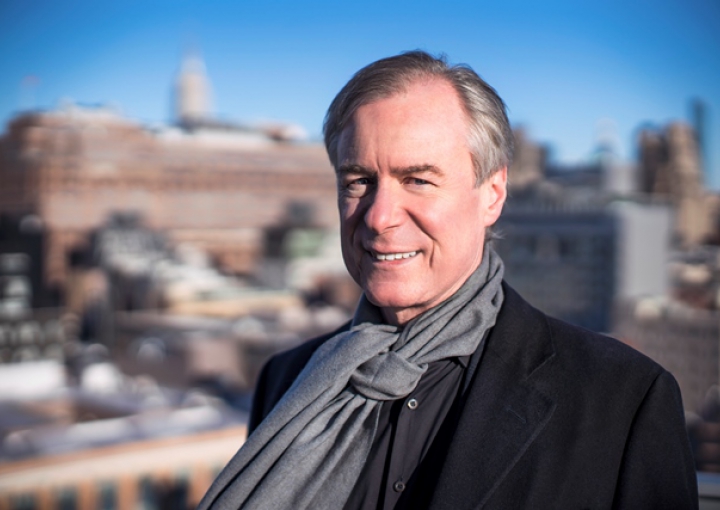