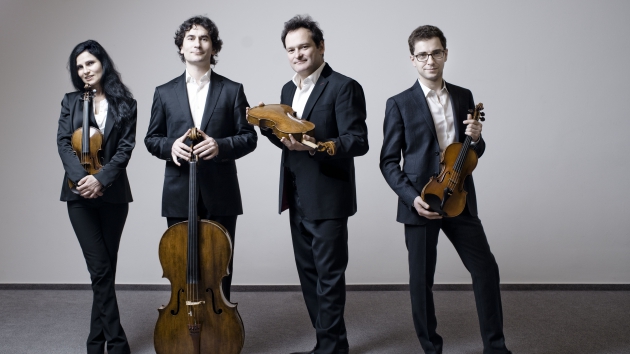 "The absolute certainty of ensemble is one of the joys of the Belcea, but just as important is their fearlessness, and their reactivity, capturing the music’s emotional shifts unerringly" Gramophone, June 2018

Founded at the Royal College of Music in London in 1994, the quartet is based in Great Britain. However, the Romanian violinist Corina Belcea and the Polish violist Krzysztof Chorzelski, the two founder members, bring a very different artistic provenance to the ensemble while drawing from the best traditions of string quartet playing received from the quartet's mentors: the members of the Alban Berg and Amadeus Quartets. This spectrum is extended by the French musicians Axel Schacher (violin) and Antoine Lederlin (violoncello).

This diversity is reflected in the Belcea Quartet's repertoire. Regular world premieres - among them Mark-Anthony Turnage's string quartets „Twisted Blues with Twisted Ballad“ in 2010, „Contusion“ in 2014, Thomas Larcher’s „lucid dreams“ in 2015, Krzysztof Penderecki’s 4th string quartet in 2016, as well as the 3rd string quartet by Joseph Phibbs, go hand-in-hand with its connection with the great works of the Classical and Romantic periods.

From 2017/2018 season on, the Belcea Quartet is the Quartet Artist-in-Residence at the Pierre Boulez Saal Berlin. The quartet has shared a residence at the Wiener Konzerthaus with the Artemis Quartet since 2010. The musicians created their very own Belcea Quartet Trust, whose main aims are to support and inspire young string quartets through series of intensive coaching sessions organized according to the needs of each selected ensemble, as well as to support commissioning of new works from today's leading composers to be premiered by the quartet in the future.

The Belcea Quartet has an impressive discography. During its long-term association with EMI Classics, the quartet recorded the complete Britten and Bartók quartets as well as works by Schubert, Brahms, Mozart, Debussy, Ravel and Dutilleux. In 2012 and 2013, the quartet recorded the complete Beethoven quartets live in the Benjamin Britten Studio in Snape. This recording was released under ZigZag Territories, the quartet’s new label. As with its predecessors, this CD has been met with critical acclaim: it has been recognized with such prizes as Gramophone Award. In 2015, the quartet released its highly acclaimed recording of works by Webern, Berg and Schoenberg. In 2016 saw the release of the quartet’s recording of the complete Brahms string quartets & piano quintet, a CD acclaimed by the press and awarded with a Diapason d’or of the year 2016. The Shostakovich album, including the 3rd string quartet and the piano quintet with Piotr Anderszewski, was released in 2018, followed by the recording of Janáček’s two string quartets combined with Liget’s first quartet in the spring of 2019.

The Belcea Quartet's performances of the complete Beethoven string quartets at Vienna's Konzerthaus in 2012 were broadcast by TV and were released - on DVD and Blue Ray disk - by Euroarts in 2014. The release was accompanied by Jean-Claude Mocik's documentary "Looking for Beethoven".

For the Belcea Quartet’s 25th anniversary this season the musicians will pick up the Beethoven string quartet cycle once more and present it in concert halls including Wigmore Hall London, the University of Hong Kong, the Teatro del Lago in Frutilar, the Pierre Boulez Saal in Berlin as well as the Théâtre des Champs-Elysées. 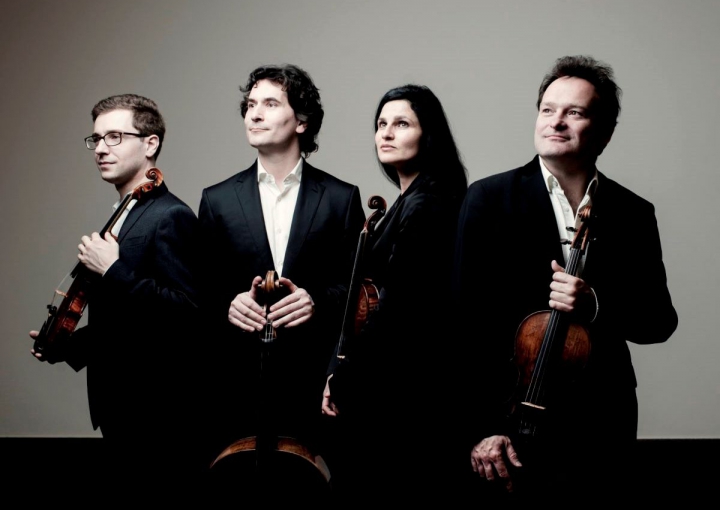