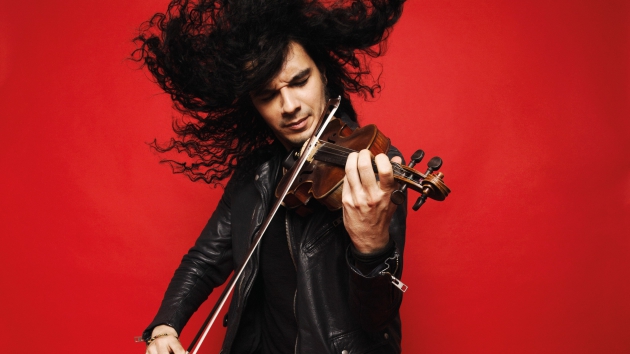 Winner of "Best Instrumental Soloist of the Year" at the 2014 Victoires de la musique classique, Serbian violinist Nemanja Radulović has taken the classical music world by storm in recent years through his combination of thrilling virtuosity, depth of expression, and adventurous programming, both in the recording studio and on the concert stage. An exclusive recording artist to Deutsche Grammophon, Nemanja's most recent album features his interpretations on the repertoire of Johann Sebastian Bach, as well as Johann Christian Bach's Viola Concerto in c minor.

Following a successful collaboration with the Bournemouth Symphony Orchestra and Kirill Karabits in 2015, Nemanja was chosen to be the orchestra's artist-in-residence across the 2016/2017 season, during which he presents his interpretations of both the Khachaturian and Barber violin concertos, and also gives a recital at Poole's Lighthouse. Other key highlights of this season include performances with the Yomiuri Nippon Symphony in Tokyo, Salzburg Camerata, Geneva Camerata, Netherlands Radio Philharmonic, Helsinki Philharmonic, Orchestra del Teatro dell'Opera di Roma, MDR Sinfonieorchester Leipzig, and Nuremberg symphony orchestras, the Macao Orchestra, Orchestre National d'Ile de France, Malaysian Philharmonic, and North Netherlands Symphony orchestra. Nemanja also regularly takes up a play/direct role with his ensemble ‘The Devils’ Trills’, which is increasingly in demand across concert halls in Europe and Asia, and noted for their virtuosic, engaging musicality. His other ensemble, ‘Double Sens’ has been celebrated for their recent recording ‘5 Seasons’ – which combines Vivaldi’s Four Seasons with a new composition – ‘Spring in Japan’ – by Aleksandar Sedlar and dedicated to tsunami victims in Japan in 2011. Born in Serbia in 1985, Nemanja Radulović studied at the Faculty of Arts and Music in Belgrade, the Saarlandes Hochschule für Musik und Theater in Saarbrücken, and the world-renowned Conservatoire de Paris.

“The [Bournemouth Symphony Orchestra] has an incredible track record in attracting true stars to [the position of Artist in Residence], but Radulovic, who looks as much rock star as classical musician, is surely one of the brightest ever”