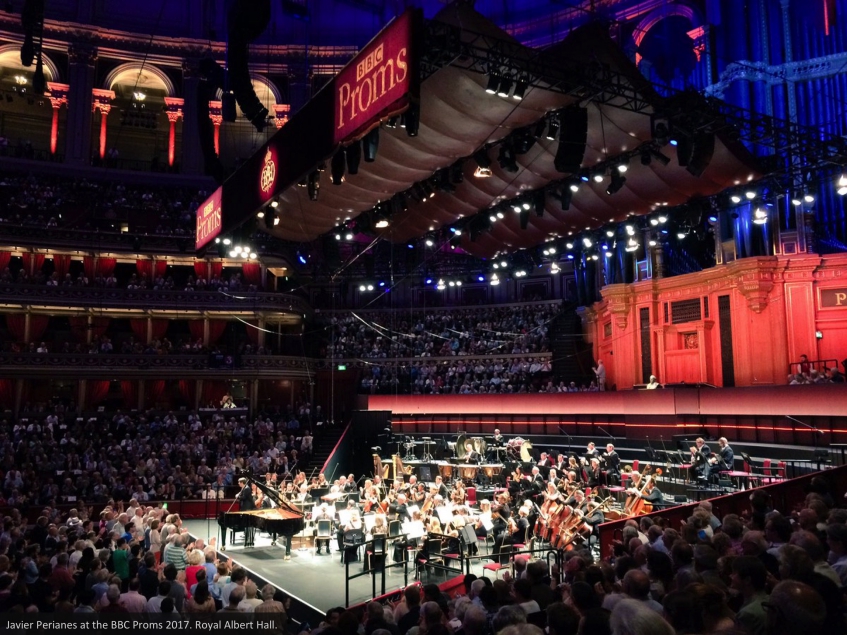 On Tuesday 22 August, Javier Perianes makes his BBC Proms debut alongside Sakari Oramo and the BBC Symphony Orchestra, performing Camille Saint-Saëns’s Piano Concerto No. 2. The concert opens with Sibelius’s Scènes historiques, marking the centenary of Finnish independence, and concludes with Elgar’s unfinished Third Symphony, completed by Anthony Payne from the sketches Elgar left at his death.

“I am very excited to make my debut at the Proms with Saint-Saëns’s Second Piano Concerto” comments Perianes. “He composed this work in just three weeks, and performed it himself at the premiere under Anton Rubinstein. Curiously enough, it was another Rubinstein, Arthur, who later made this concerto one of the best known in the repertoire. The first movement starts with a beautiful prelude-like improvisation in Bach’s style, and the last movement is a very fast Tarantella. I’d like to mention the funny comment made by the Polish pianist Sygmunt Stojowski: ‘this concerto begins with Bach and ends with Offenbach’.”

About his performance of the work with the Hamburg Symphony Orchestra earlier this year, the Hamburger Abendblatt wrote: “The Spanish pianist Javier Perianes finds in Camille Saint-Saëns’s Piano Concerto No. 2 an ideal mixture of virtuosic glitter and intimate moments. In the interplay with the orchestra, he shows a keen sense of the atmospheres and pictorial characters of the music.”

Over the past months, Javier Perianes has given major debuts worldwide, from the Philharmonia Orchestra in London to the Münchner Philharmoniker and the Orchestre Symphonique de Montréal, and he embarked on a North and South American tour in support of his newly-released Schubert recording. In September, he will open the Los Angeles Philharmonic’s 2017-18 season, performing Mozart’s Piano Concerto No.27 K595 alongside Gustavo Dudamel.


> Listen here to the podcast of the full concert from BBC Radio 3.