Martín García García is a pianist born in Gijón, Spain, in 1996. He began his musical studies at the age of 5, with Natalia Mazoun and Ilyà Goldfarb. Graduated from Reina Sofía School of Music, he studied there for more than a decade with Galina Eguiazarova -receiving from Her Majesty the Queen Sofía the prize for the Best Student of the chair-. He is also Master in Piano by Mannes School of Music in New York.

Martín has won first prize in several national and international competitions, highlighting his victory at 2021 Cleveland International Piano Competition, and his 3rd Prize at XVIII International Chopin Piano Competition (and the special award for the Best Concerto). Furthermore, he got the 1st Prize at 2018 International Keyboard Institute & Festival, held in New York, which allowed him to obtain the scholarship with which he was able to establish himself there. He resided in New York City for the past two years completing his artistic training with the distinguished pianist Mr. Jerome Rose.

He has given concerts as a soloist in venues around Europe and United States, receiving very positive reviews from world-class musicians and pianists. Thus, after all the successes he has achieved in the Chopin Competition in Warsaw, and in Cleveland, Martin has planned several tours in Japan, Europe, and USA.

He strung the fleeting runs of the B minor Sonata’s Scherzo into genuine bel canto lines, while keeping the Largo afloat and alive in every bar. He paid close attention to the Finale’s bass lines, contouring them in nimble support of their decorative surroundings. 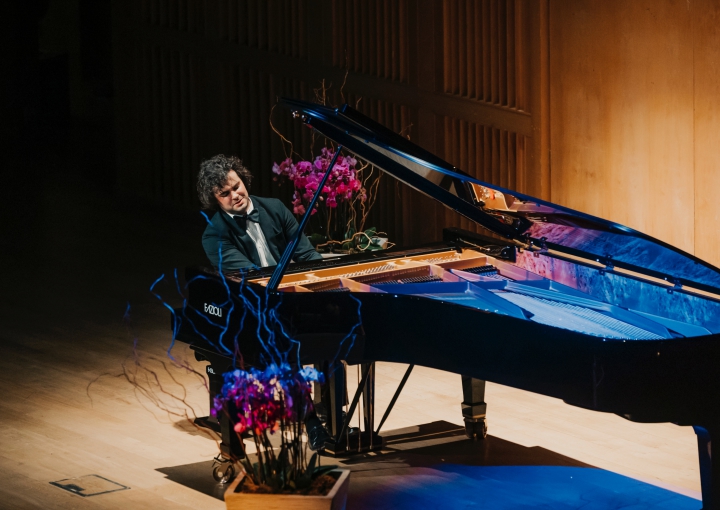